After Caesarea we left the coast, turning north and ascending Mt. Carmel to Muhraka, the site where Elijah fought the 400 prophets of Baal (1 Kings 18:30).

At a quiet spot, Sara Lee read the story from the Bible, then we took in the vista seen from a viewing platform above the church on the site. The airspace around was buzzing with helicopters, due to a nearby army training base.

Panorama shot of the view from the top of Mount Carmel. (Photo © 2019 by V. Nesdoly) 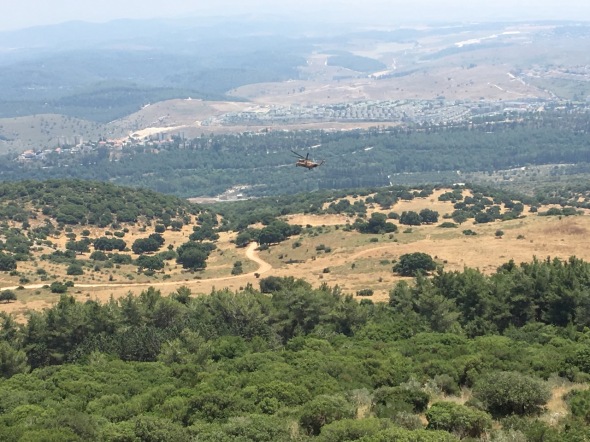 The air space around Mr. Carmel was buzzing with helicopters. (Photo © 2019 by V. Nesdoly)

On our way to our next stop, Megiddo, we passed three cave-graves, one with a round stone cover that moves on a track, similar to the one Jesus is thought to have been buried in. 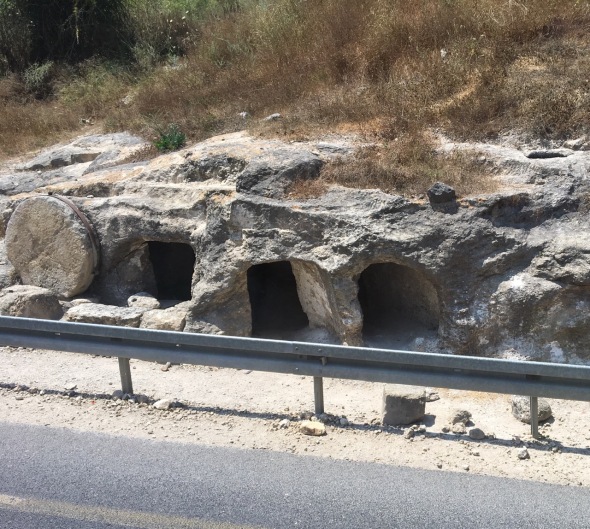 Cave burial spots with rock covers, similar to the tomb in which Jesus was buried. (Photo © 2019 by V. Nesdoly)

Before we got to Megiddo, we stopped for lunch at a restaurant run by people of the Druze religion. There we dined on falafel in pita bread, dripping with tahini sauce, and all kinds of salad…so yummy!

While Caesarea didn’t have any of the characteristics needed to build an ancient city, Megiddo apparently had them all. Archeologists have uncovered over 20 civilizations at the Megiddo Tel.

We climbed around in them, realizing that the topmost ones were the most recent, the lower ones ancient.  Megiddo is mentioned in the Bible as one of Solomon’s walled fortified cities (1 Kings 9:15; 10:26). We also visited an underground spring that has supplied the generations of Megiddo residents with water.

Archeologists have uncovered layer upon layer of civilization at Megiddo. (Photo © 2019 by V. Nesdoly) 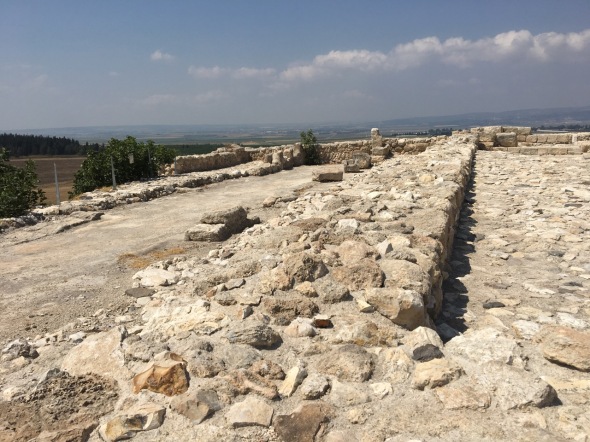 This is believed to be a horse stable from around the time of Ahab. (Photo © 2019 by V. Nesdoly) 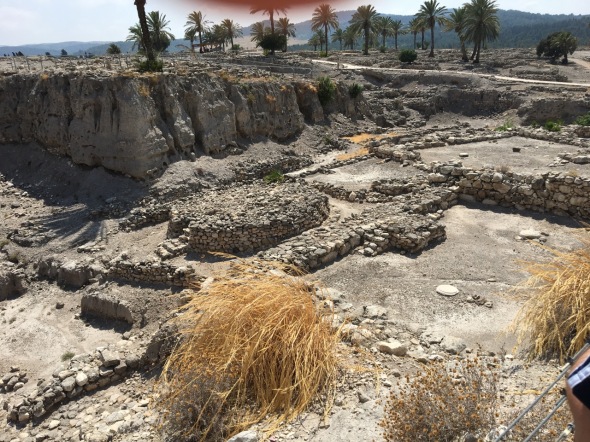 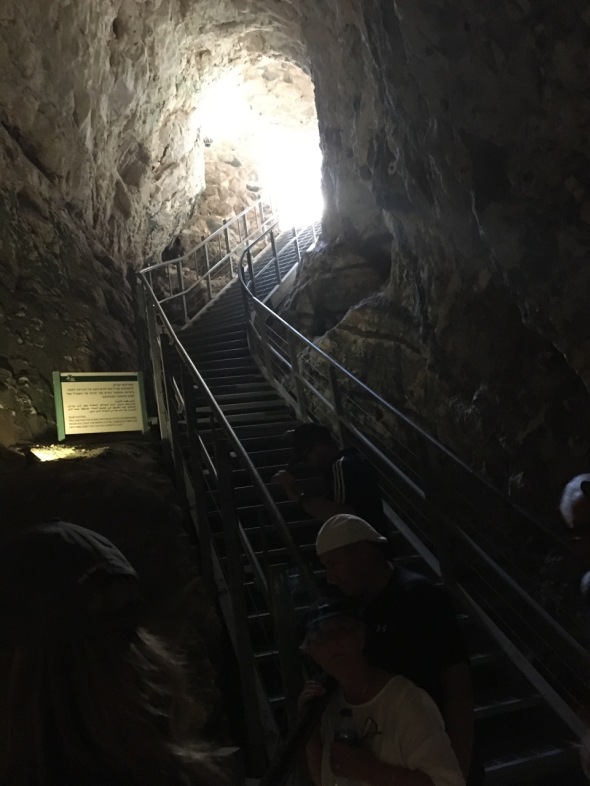 We walked down many stairs to get to the underground spring which supplied Megiddo residents with water over centuries. (Photo © 2019 by V. Nesdoly)

The view from the top of Megiddo is biblically significant. We looked down on the Plains of Jezreel, also known as the site of the final Battle of Armagedddon. 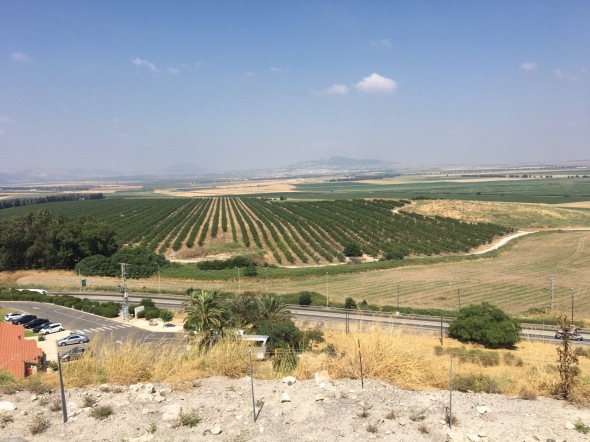 On our bus ride to the last site of the day, Magdala, we caught sight, for the first time, of the beautiful Sea of Galilee.