On Saturday night I experienced a rare confluence of two loves—music and poetry.

It was my sister-in-law who alerted us to the fact that Steve Bell was in town. So we bought tickets and caught him in Surrey at only the second stop on his Keening for the Dawn (new Christmas album) tour.

Steve, if you don’t know him, is a Canadian troubadour. A Winnipeg-based musician, he has been singing and recording his own folksy songs since before we had CDs (we were first introduced to him via the 1989 cassette release of Comfort My People). He has incredible control over his tenor voice which he flips as easily in and out of falsetto as he dances his fingers up and down the neck of his ever-present guitar.

Saturday night was a treat from the first minute he and the members of his touring trio Murray Pulver and Joey Landreth took to the stage. There were harmonies and harmonics, varied accompaniments (as hat-man Pulver kept slipping off one guitar and putting on another) and several seasons of jazzy improvisation. The stories Steve told were a treat as always. But the climax of the concert for me was the rendition of “O Come, O Come Emmanuel.”

Steve explained to us mostly non-Anglicans, how that song has seven stanzas, each one dealing with an aspect of Christ (called the Great O Antiphons—seven ancient, prophetic names for Christ). As he delved into the song in preparation for recording it, he knew he wanted to use the whole thing, but didn’t want to go on droning verse after verse. That’s when he discovered the O Antiphon sonnets of Malcolm Guite (rhymes with ‘quite’).

Guite, a British pastor, professor and poet gave him permission to use several. Steve read two of them to us before he began the song and then Guite (via a recorded track) declared to us in rich English-accented tones between sung verses, the mystery of Jesus as Root and Key.

Bell has tinkered with the original wording in some of the verses. Listen (and read lyrics) to “O Come O Come Immanuel”—song and poetry that may set off echoes all through the sound chambers of your spirit as it did mine:

Last night I poked around online to see if I could run this Malcolm Guite to ground. I found he has a generous web presence of his own and was delighted to read, on his blog, his side of the story of how he and Steve met, and what a thrill it was to collaborate with him.

Guite has his own release coming soon. Sounding the Seasons, a book of poems, is due out in December. Yay for Amazon. It will be for sale here and we don’t need to find a way to bring it across the sea! 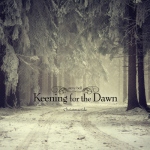 9 thoughts on “When song reverberates past the notes”